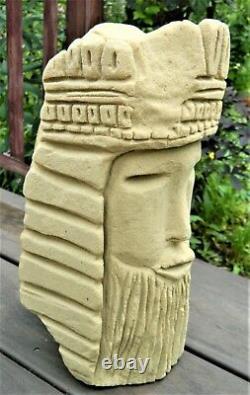 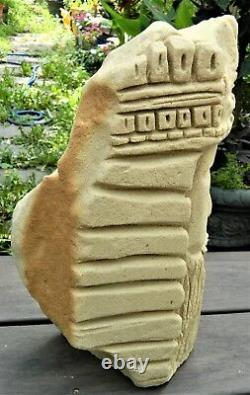 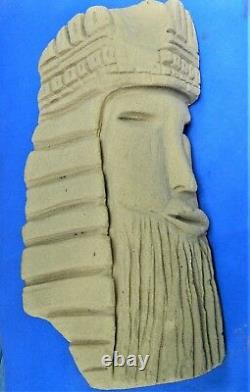 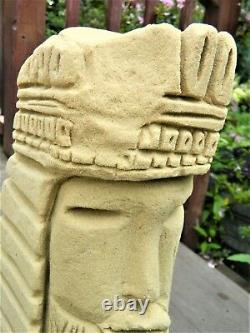 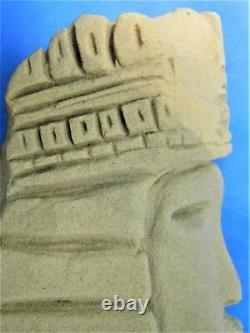 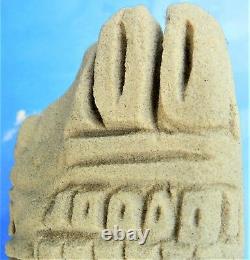 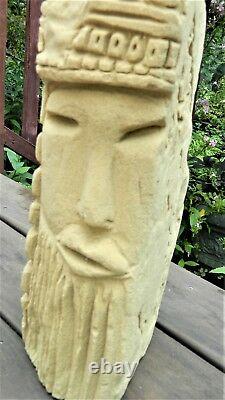 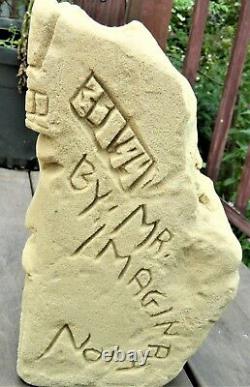 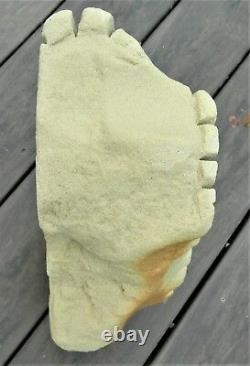 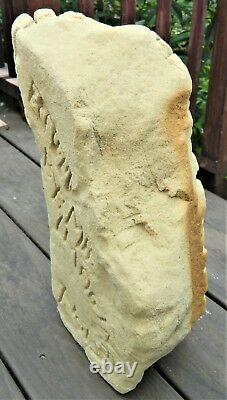 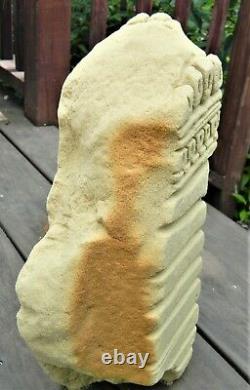 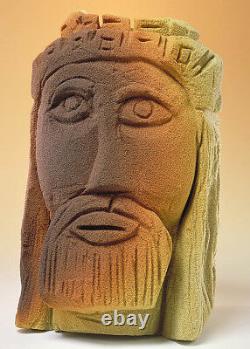 This is a one of a kind caving in sandstone by MR. IMAGINATION's that he called "Dreaming King". It is 15 inches tall, 9inches wide, and 5 inches in depth. The bottom is signed MR. The material in industrial cast off sandstone used in the casting metals process. NOTICE: THE LAST PHOTO IS A PIECE BY MR IMAGINATION IN THE COLLECTION OF THE SMITHSONIAN AMERICAN ART MUSEUM! IMAGINATION was born Greg Warmack in 1948 in Chicago (and passed away in Atlanta in 2012). After being shot in the head during a mugging, he was many months recovering from a coma.

He had out of body experiences where he traveled. And lived in ancient Egypt and other mystical lands. When he awoke and recovered, he renamed himself Mr. Imagination and began working as. An artist with old discarded objects such as industrial cast off sandstone, stiff paint brushes, discarded mirrors, chairs.

Shimmering surfaces to many of his enormous creations. Hi works can be found at the Smithsonian American Art Museum, the American Visionary Art Museum in Baltimore, the Halle Sainte Pierre in Paris. And Intuit: The Center for Intuitive and Outsider Art in Chicago, as well as installations at House of Blues locations in Chicago, Las Vegas and. Folk Visionary DREAMING KING Sandstone Carving" is in sale since Tuesday, August 14, 2018.

This item is in the category "Art\Folk Art & Indigenous Art". The seller is "artistvoodoo" and is located in Willimantic, Connecticut. This item can be shipped to United States.